Ashihara Karate International is a separate and distinct system and organisation started and developed by Kaicho Hoosain Narker with the assistance of many Branch Chiefs.

This does not tell the complete story, so a short historical review is in order. On September 2, 1980, Hoosain Narker, together with a few students and others, founded a school of karate based mostly on Kyokushin style technique, but somewhat influenced by his (their) earlier training in Shotokan, Shukokai and TaeKwonDo. This original school was and still is in Retreat, Cape Town, South Africa, then named Oyama Karate Dojo Kyokushinkai, now the Ashihara S.A. International Honbu.

Ashihara karate was developed after much contemplation by the late Grand master Hideyuki Ashihara, and several changes were brought to the kyokushin style, as well as a complete emphasis on self-defence. This change has also been influenced by Street Fight Karate and Aikido Evasive Techniques, leading to the development of Ashihara’s own Fighting Kata’s and Sabaki principles.

The name change was brought forward from Japan, where the late Kancho Hideyuki Ashihara, former Shihan (master instructor) of kyokushin, decided to name this school of thoughts “Ashiharakaikan”. This was done with the full approval of his many students and branch chiefs throughout the world.

We are greatly indebted to kyokushin Grand master Mas Oyama Sensei for his budo spirit that he imparted onto us. A sincere thanks is also offered to all the sensei, senpai and kohai who assisted us in our training – a sincere Osu! We also thank Ferhat Ozsert sensei, Turkey Karate Federation chief instructor and Shihan David Cook, President of the International Budo Kai, for their encouragement and advice. A special thanks is due to Ivan Zavetchanos sensei of Australia for his assistance in the “early day’s” of Ashihara Karate and to William Quantoi, my Dokyusei for sharing those days. Lastly, but not least, our deepest gratitude goes to Ashihara Kancho for creating the way .

Ashihara Karate International is a modern style, with a new and dynamic approach to training. Although modern, it retains the positive aspects of traditional karate, such as Kata and Kihon and of course, discipline. The Kata’s are all fighting oriented and more importantly, functional. These along with the Kihon are practised in a practical and effective fashion.

Due to the fact that Ashihara Karate International is an organisation which has not become bound by traditions, Kaicho Hoosain Narker and members of the Technical Advisory Committee, has been able to take full advantage of the freedom to make changes and improvements. The training methods have been greatly improved and the old style basics have been replaced by training methods in consultation with Sports Scientist, which give better results, in a much shorter time.

Kaicho Narker has more than 30 years experience in Karate and during this time he has travelled to many countries to study under various Masters. He has practised a number of styles and is of the opinion that one cannot make a worthwhile judgement of any style, unless one has had at least some first hand experience of the style in question. All of this experience as well as his involvement in several Macro-Sports Structures as an Administrator, has been put to good use in developing an Organisation, which puts more emphasis on results than on tradition.

In a short space of time, Ashihara Karate International has spread to many other countries, and more and more people are showing interest in joining the Organisation. The Organisation is of high standard, and it is the intention to keep it as harmonious and devoid of political intrigues as possible. Therefore the A.K.I. has a restrictive membership.

Only well organised Dojo’s, of good technical standard are accepted, size is not of importance. The Chief Instructor of the dojo must be able to document his or her progress in Karate, with valid certification. Before a dojo is accepted for membership, it is required that representatives from the dojo in question, visit the Headquarters in Cape Town, South Africa. As a further alternative, it can be arranged for one of the Senior Instructors to visit the dojo in question. This instructor will be recommended by the Honbu.

There is no set timetable for conversion to Ashihara Karate International, but all dojo’s joining the A.K.I., are expected to complete the process as quickly as possible. The pace of the conversion depends on the dojo in question. Sometimes the students are attached to the style that was practised before joining and for the sake of internal harmony, it is best to take the conversion at a leisurely pace. However, most dojo’s manage a complete conversion in a period of between two to three years.

Admin Regulations – Ashihara Karate International – Kaicho Hoosain Narker Sabaki Fighting Karate Administrative Regulations and Bylaws for Ashihara Karate Dojo’s under the aegis of Kokusai Karate-do Ashiharakaikan. MISSION STATEMENTAshihara Karate and its members are dedicated to serving our communities and its citizens by nurturing lifelong empowerment of people to constantly improve their state of … 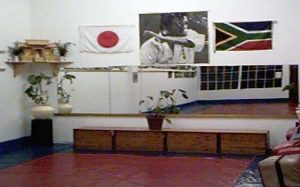 Ashihara S.A. – Ashihara Karate International – Kaicho Hoosain Narker Sabaki Fighting Karate This is a traditional school of Japanese style karate. The school was established on 2 September 1980, by Hoosain Narker. Soon after opening the doors of this dojo, he was joined by some friends and an alliance lasting for many years was …

Benefits – Ashihara Karate International – Kaicho Hoosain Narker Sabaki Fighting Karate Ashihara Karate International is an organisation operated by and dedicated to the service and advancement of its members andoffers the following benefits to Schools and Martial Artists. 1. Direct access to Kaicho Narker and his designee’s. He has held numerous clinics throughout the … 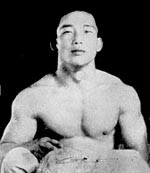 Lineage – Ashihara Karate International – Kaicho Hoosain Narker Sabaki Fighting Karate Gichin Funakoshi(18?-1957)Shotokan Karate  Sonei ChuGoju Karate  Masutatsu Oyama(1923-1994)Kyokushin Kai Kan (1955)  Hideyuki Ashiwara(1944-1995)Ashihara Kai Kan (1980)  The following are the Organisations/Styles that evolved from Ashihara Karate. All of these maintained the Sabaki principles of Ashihara Karate as is while others modified it and/or improved …